There wouldn’t be a more fitting winner of Wednesday night’s Group 2 Kingston Trophies Cranbourne Cup (520m) than Sonic Pirate, given he was bred, and is owned and trained by Peter Reinders.

Reinders has been sponsoring Victoria’s country cup curriculum for more than 20 years through his well-known company, Lion Quality Products, and he makes no secret of the fact that victory would mean the world to him.

“While it’s unlikely, I’ll be absolutely stoked if he can win. He’ll need a lot of luck and I’d be rapt even if he ran a place, but on his night he is capable of flying early and he’s pretty strong at the finish so he is in with some chance,” Reinders said.

Lion Quality Products sponsors the Healesville, Warragul and Traralgon Cups, as well as being a sponsor of the Ballarat Greyhound Racing Club.

In between running his business, which is based in Croydon, Reinders trains four greyhounds on his 100 acre property in Gruyere, near Healesville.

“I breed a litter every three years or so. It keeps me young. I love walking my dogs on my property and watching them get excited when they spot a rabbit in the wild. It makes me feel like I’m 18 years old,” he laughed.

Sonic Pirate won his 10th race in his 51st start when winning a Cranbourne Cup heat last week, paying a massive $33.30 and winning in gutsy fashion in a respectable 30.644sec.

“It was a big effort to win his heat. He was checked early and then challenged by some classy greyhounds in Weblec Belle and Eliza Blanche, so it was a terrific win,” he said.


Watch: Sonic Pirate (3) wins a heat of the Cranbourne Cup last week.
Incidentally, Reinders has trained a country cup winner before, way back in 1972 when Ranee’s Magic won the Geelong Cup.

“The Geelong Cup wasn’t a Group race in those days. I’ve had greyhounds in seven or eight Group finals over the years, but they’re hard to win.”

“One of my biggest achievements as a trainer actually happened in 2013 with Sonic Pirate’s litter, as he and two of his littermates all won on debut on the same night in heats of a maiden series at Traralgon, before going on to run the Trifecta in the final.”

“I think I’ve done pretty well with a small team over the years, considering I only ever train one litter at a time,” Reinders said. 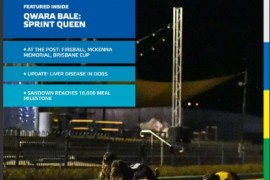 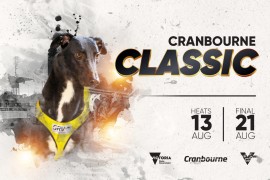 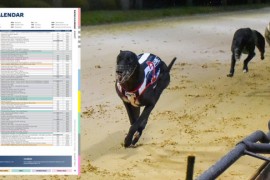 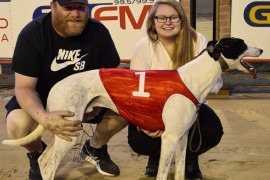